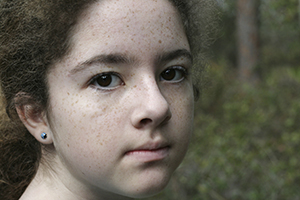 Unfortunately, there are many reasons a girl may be bullied. These include the following:

Here are some stories of girls being bullied:

Amy was insulted because of the clothes she wore. Amy was too shy to answer her bully. Her shyness may be why the bully chose to pick on her.

Keisha didn’t have a lot of friends, but she had a good friend who was a guy. A bunch of girls told people she had sex with him, which wasn’t true.

Fatima wore a hijab (Muslim headscarf) to class. There were not a lot of Muslim kids in her school, and other kids laughed at her.

Whatever the reason, bullying is always wrong. No one deserves to be treated badly. Still, it can be hard to speak up against a bully. Girls sometimes think that reporting a bully is not cool. But protecting yourself and others is important and shows great strength. You can learn ways to deal with bullies and ways to prevent bullying at your school.

If you are being bullied because of your race, religion, sexual orientation, disability, or certain other categories, special laws may protect you. If you think this is happening, you might work with an adult to learn more about bullying and the law.

Bullying because of sexual orientation

Your sexual orientation is what gender you are attracted to. People who are gay may face a greater risk of being bullied. More than 1 in 4 lesbian, gay, and bisexual high school students said they have been bullied through texting or social media. One in 3 has been bullied at school. One in 10 reports not feeling safe going to school.

If you are being bullied because of your sexual orientation, reach out to an adult you trust. You can visit The Trevor Project or call 866-488-7386 for help. You also can find groups in your community that support LGBT kids, teens, and young adults, such as Parents, Families and Friends of Lesbians and Gays (PFLAG).

Every person deserves to feel safe and supported. If you are suffering because of bullying, don’t give up.

= You will need Adobe Acrobat Reader® to view some of these files after you've downloaded them. If you have problems with PDF documents, please download the latest version of the Reader®.