A healthy weight for girls 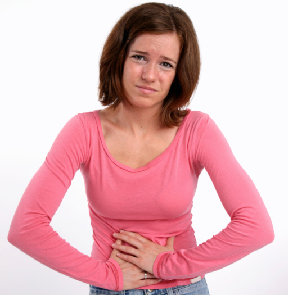 People who have celiac (say: SEE-lee-ak) disease can't eat something called gluten, which is in foods made with wheat, rye, and barley. When the person eats gluten, a couple of things happen. First, the immune system, which usually fights off germs, starts to harm the digestive system. And because the digestive system isn't working right, the person can't get the nutrients the body needs to be healthy and strong.

The only way to deal with celiac disease is to avoid gluten. That may sound pretty hard, but there are lots of healthy — and yummy — options. Keep reading to learn more about celiac disease, including:

Symptoms of celiac disease include:

It can be hard to diagnose celiac disease because other diseases have similar symptoms. You may have to go through several steps to get a diagnosis. Your doctor may ask you if anyone else in your family has celiac disease, because that increases the chances that you may have it. Your doctor also likely will do a blood test. You may also have a test called an endoscopy, in which a tube is placed down your throat and into your digestive system. It may feel uncomfortable, but it shouldn't hurt.

At first, it can seem hard to give up all the foods that are made with gluten. From pizza to pasta and cakes to couscous, lots of foods have gluten. But several tips can help:

If you have celiac disease, remember that it can take time to adjust to the changes you're facing.

Researchers are still learning more about gluten sensitivity. If your doctor thinks you have this problem, he or she may suggest that you avoid eating gluten to see if your symptoms go away. However, before starting to avoid gluten, you should be tested to rule out celiac disease, which is a serious disorder.