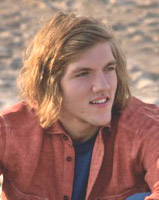 Do you think that all cool teens take drugs, smoke, or drink? Do you think it’s just too hard to say “no”? The truth is that lots more kids stay away from drugs, alcohol, and tobacco than use them. Read about Alex Newham, a 19-year-old Indiana college student who loves exercising, nature, photography — and saying “no” to stuff than can mess up his body or mind.

What’s been your typical experience saying “no” to drugs and alcohol?

At one party, my old buddies and I were just hanging out, and they kept asking if I wanted a mixed drink. I refused and, after a while, they just gave up. That's one thing I've learned. As long as you stay consistent and don't even act interested, they'll just give up and quit asking.

Later on at that party, my ex-best friend actually drank so much, he puked in a garbage bag. Actually, he tried to, but missed mostly. When people say they drink to fit in or to look “cool,” I just think of that friend and imagine how “cool” he looked while passed out with a garbage bag smothered in puke.

Why have you chosen to not use drugs, alcohol, and tobacco?

I never smoked or drank, so I just stuck to my guns and continued to not do that stuff. I can easily buy cigarettes, but it’s just nonsense to me. I don't understand the mentality of doing something when you know it’s killing you. I mean, it’s written on most boxes of cigarettes, “Smoking causes lung cancer, heart disease, emphysema, and may complicate pregnancy.” It’s not like a huge hidden secret no one knows about.

How can teens say “no” to drugs, alcohol, and tobacco?

It’s a game to me to think of how many ways I can say “no” to different people. I find it’s not as hard as people think it is to just say “no.” I'm not saying yell “no!” at the top of your lungs. Just smile and say, “Nah, I’ll pass,” and 9 times out of 10 they'll respect your decision. If they don't and keep asking you to smoke or drink, I've learned that person is not a true friend if they're pressuring you to do something that slowly kills you. If they keep pressuring you and don't want to be your friend when you say “no,” do you really think they're a true friend?

Would you date a girl who uses drugs, alcohol, or tobacco?

Honestly, I would not knowingly date a girl who smokes. I do not want to waste my time falling in love with a girl who is slowly killing herself. Every time she did smoke, I would think about me at her funeral and being a widower. It sounds cheesy, but I have very strong feelings against smoking cigarettes or weed.

I hate when people say weed isn't bad because doctors prescribe it or it's different chemicals. Smoking is smoking. That's like saying drinking beer is better than drinking Jack Daniels because it's not as “hard.” They both are very harmful. Same with smoking. It’s different chemicals, but it’s still harmful.

What are some realistic tips for teens who need confidence to say “no”?

It’s impossible to totally avoid people who drink or smoke. But as long as you don’t let your guard down and stick with your own decisions and morals, you can go to parties. Saying “no” doesn’t always have to be stressful. Have fun with it. Ignore people who ask you to drink, say it gives you gas, or anything. Just don't give in.