My future worksheet: Discovering your interests and talents

Careers in science, technology, and math

The truth about having a juvenile record 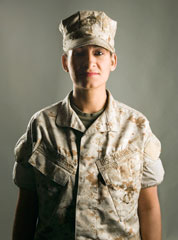 The U.S. Military can offer many opportunities and benefits. These include specialized training, pay, medical coverage, tuition support, and travel. There are hundreds of ways to make a living in the military, and many of these jobs provide the experience you need for a second career after completing military service.

Each branch of the military has a unique mission within the overall mission of U.S. security and peace.

Don’t forget about the Coast Guard and Army Reserves. You might also consider attending a military academy, which is similar to college. U.S. military academies provide education and training for the armed forces. There are six: